House Muscle: For All Things Home

Home Real Estate How David Martin Terra Took Over an Empire: The Story of Terra... 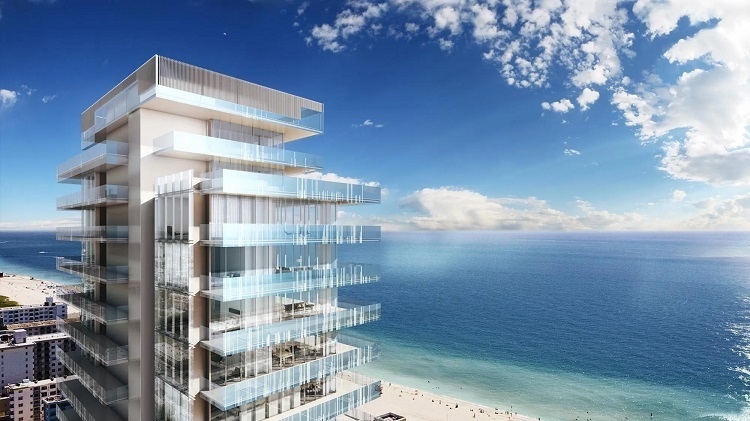 David Marin, CEO Terra Group, on Taking Over from His Father, Pedro Martin

Terra Group Miami is well known in Southern Florida, and not just because of its impressive properties highlighted against the stunning background of the city. In Miami (and the surrounding areas), it takes a lot to stand out in the crowd, and the $8 billion portfolio of the firm was hard-won by a hard-working father-and-son team. David Martin Miami looks at what it meant to him to take over from his father, Pedro Martin, and why it was so important to him to keep the larger legacy of the business going even as times change.

The life of David’s father, Pedro, was defined by his education. From a young age, Pedro Martin was always a hands-on man. He originally studied to be an engineer, but he didn’t need formal education to know that he couldn’t just sit idle when there was a way to leverage his talents for the better. In other words, he had long had the urge to fix what he saw and make his surroundings a little better. This is the essence of real estate: you have to be willing to both understand what exists and envision what might take its place. Whether it’s a small change, like rewiring a fuse, or a larger project,  building a multi-acre complex from scratch, it takes a can-do attitude to jump in and start untangling the details.

Pedro Martin would eventually become a real estate lawyer after getting his bachelor’s degree in engineering, a profession that taught him how construction projects come together (and conversely, how they fall apart). He gained an in-depth perspective after serving as a partner at Greenberg Traurig for two and half decades. From the initial budget to the subcontractors, development can become very complicated very quickly.

Martin learned to work with a team while negotiating beneficial outcomes for his clients, but in the back of his mind,  he always had the idea of going into business for himself. However, it wasn’t until his son David graduated from college that he took action. In 2001, David Martin might have been fresh out of college, but he’d had a lifetime of watching his father at work. It’s no wonder the younger Martin selected real estate development as his next step. He had seen the opportunities surrounding the business when his father was a lawyer, and he had plenty of ideas about how the pair could parlay that experience into residential and commercial real estate sectors.

When Pedro started Terra Group Miami, he was the founder and CEO, but he ensured his son David Martin had the opportunity to absorb both the technical aspects of being a leader as well as the larger values that Martin wanted to integrate into his company. This was pivotal to the bigger picture for both of them, as Terra is more than just a billion-dollar portfolio.

The company supports  a number of nonprofits, including Consequences Charity, American Cancer Society, Shake a Leg, Children of Bereavement, and the Miami Children’s Museum. Martin is also an arts fanatic, which is why Terra also supports programs and events that encourage artistic vision in Miami. From the Gusman Center for Performing Arts to the Viscaya Museum, there’s a lot to be said for the cultural scene in the Magic City, and it’s one that Terra Group wants to play a pivotal role in. Donations, volunteering, board memberships, sponsorships: the Martins feel privileged no matter how they get to contribute.

When David Martin took the reins over from his father, he wanted to keep that positive influence intact, not just to honor his father, but for himself and his employees as well. The overarching philosophy at Terra Group is a communal one. When the city of Miami thrives, it’s better for everyone. From environmental responsibility to philanthropy, the staff at Terra Group puts less of an emphasis on profits and the people who are impacted by their decisions. Martin understands that he has a lot of responsibility laid at his feet, but he also takes plenty of satisfaction from being able to carry on all the lessons that his father taught him.

David Martin on the Future of Terra Group

Pedro Martin may have had years of experience behind him when he started Terra Group, but he didn’t start his company assuming that he knew it all. In fact, he would learn a very basic lesson about delegation as the CEO. Rather than taking over every situation in Terra Group, he had to be willing to let others help. If he didn’t, he never would have been able to build the foundation at Terra Group that would allow him to expand his holdings or scale his staff.

For David Martin’s part, he has to be willing to trust himself to hire the right people for each position and project. Only then will he have enough time and energy to decide which direction the firm should head in. For a CEO, this isn’t always a straightforward decision, as it means analyzing the trends and predicting where the industry is going and when exactly the changes will occur.

Terra Group Miami is likely best known for its luxury buildings and amenities. The high-rises and developments boast everything from residential beach clubs to walking paths to polished floors. The buyers have come to know Terra for its craftsmanship and durability, but more than that, they associate these properties with a higher quality of life. If home is a haven, then Terra’s properties tap into that concept and perfect it with every layout and detail.

Martin says that this kind of attention given to the buyers (whether residential or not) will be paid moving forward, and this is true no matter what the Miami landscape looks like 50 years from now. Terra Group will also continue to contribute to the larger communities in Miami, so everyone benefits from the work.

Michael David
Owning a home in the Phoenix area can be an awesome experience, but it’s not always easy to deal with some of the neighborhood...

How David Martin Terra Took Over an Empire: The Story of...

Michael David
When you’re trying to sell a house, one of the most important things to know is how much your home is worth. Trying to...

Michael David
It is proven that we spend one-third of the day lying or sleeping on the bed. In such circumstances, you should be very careful...

7 Ways to Make Your Kitchen Stand Out

5 Reasons to Rent a Storage Unit

Get the House of Your Dreams: 3 Real Estate Tips