House Muscle: For All Things Home 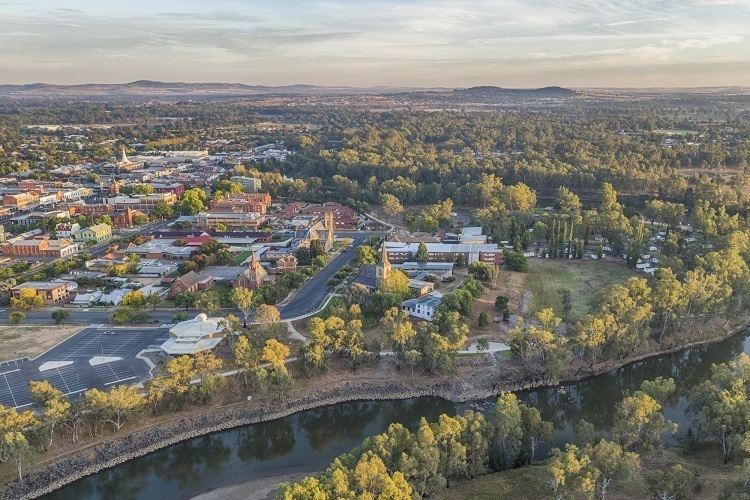 A lot of Australia’s sporting heroes are from Wagga Wagga. These include Mark Taylor, former Australian cricket captain. Paul Kelly, the AFL legend, and Peter Sterling, a great rugby league player, are also from Wagga Wagga. This is the reason it became known as the City of Good Sports.

This regional city is home to more than sixty-five thousand people. It is where paths cross and people tend to meet. Going around the region is easy with its major transport routes.

Locals call the place Wagga but the proper name for it is Wagga Wagga. Locals derived the name of the city from the language of the Wiradjuri nation. It was the biggest Aboriginal tribe in New South Wales. The meaning of the word Wagga in Aboriginal dialect is crow. Repetition expresses the plural or connotes emphasis. Wagga Wagga means crows. It is the place where crows would assemble in large numbers.

Captain Charles Sturt was the first to chart the waters of the Murrumbidgee River. That was in 1829. He passed by the future site of Wagga Wagga. His name is common throughout the city. People can see his name in the university and even in a motel.

Housing in Wagga Wagga is very affordable. The quality of life and the country atmosphere are both great. People also get plenty of work opportunities. Almost all essential services are available in Wagga Wagga. There are many Wagga Wagga real estate agents willing to help those who want to settle down in the area.

Located at -35.12 latitude and 147.37 longitude, Wagga Wagga can be very hot during the summer season. Although there are many transport routes, there is poor public transport.

Living in Wagga Wagga is great for professionals. There are many opportunities for employment in this regional city. Families with kids will also feel welcome. The place is safe and secure for families not to worry about the crime rate. There is a very low crime level in most areas of Wagga Wagga. Rates of serious assaults and murder are very low. Break and enters are a regular occurrence in some areas. There are also some vehicle torchings in a few areas.

Retirees enjoy the nature that surround the area. There are many accommodations in Wagga Wagga with amazing views from the window. The great landscape is very wonderful to look at no matter what time of the day it is. Country lovers also tend to move into Wagga Wagga. Another great thing about Wagga Wagga is that it thrives in arts and literary culture. There are many amazing places to visit showcasing these great things. Its being multicultural is obvious from its thriving and diverse restaurant culture.

What Attracts A Scorpion In Your House?

What Are the Different Types of Mortgages?

Michael David
Finding a home that best suits one is a dream come true. In the disrupting economy today, it is quite a miracle to find...

The Simplicity of Moving with Professional Help

Michael David
This year, hundreds of homeowners decided they needed a new home, and many of them already started the process of packing, searching for a...

Michael David
Owning a home in the Phoenix area can be an awesome experience, but it’s not always easy to deal with some of the neighborhood...

How David Martin Terra Took Over an Empire: The Story of...

Michael David
When you’re trying to sell a house, one of the most important things to know is how much your home is worth. Trying to...

7 Ways to Make Your Kitchen Stand Out

5 Reasons to Rent a Storage Unit

Get the House of Your Dreams: 3 Real Estate Tips